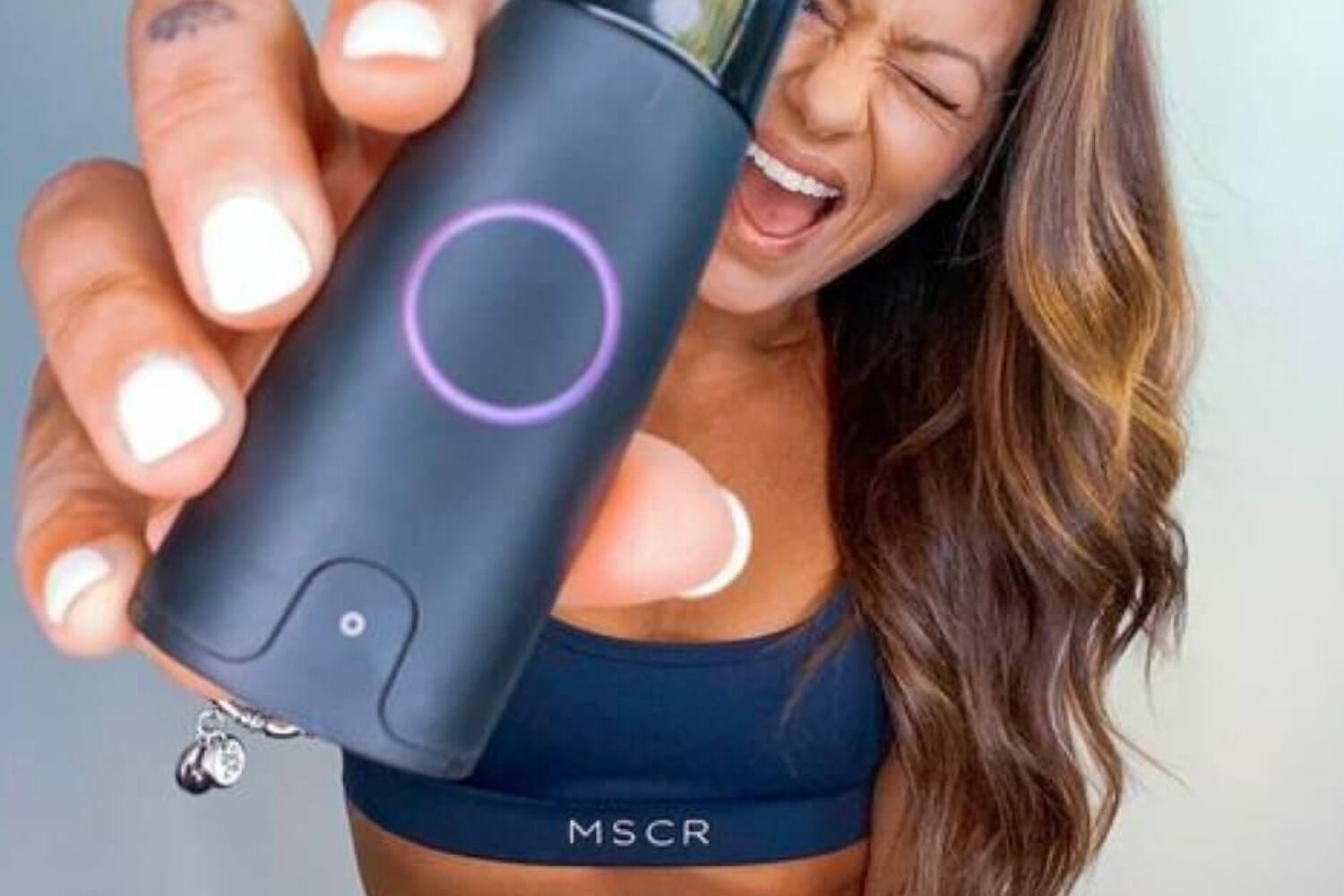 Lumen is a new super slick, super high-tech tool for “hacking your metabolism”. What does that mean? Well, it obviously doesn’t mean anything. So of course it will be extremely popular. Lets take a look at it.

When you fellate the Lumen pocket sex toy, it tickles your intellectual erogenous zones by measuring the concentration of CO2 in your breath. Ain’t that awesome? I bet you always thought “if only I knew the concentration of CO2 in my breath, I would be a pro-bodybuilding World champion in minutes”. The Greenies among you can even use a Lumen to calculate how many carbon credits you need to buy from the Government to save the planet from your breathing. (Or you could just stop breathing altogether and really save the planet).

The Significance of CO2

So what is relevant about the CO2 in your breath? Well, when you combine that critical CO2 concentration value with a bunch of generalised statistics from people nothing like you, and then make some generalised presumptions, and then toss in some extra numbers from… unknown places, Lumen can then make lots of complicated calculations to spit out an extremely precise wild-guess about absolutely irrelevant and useless stuff that has already happened.

Sounds awesome. But it does not end there! Based on the irrelevant wild-guesses, Lumen can recommend changes to your hardcore body-recomposition diet based on the advice of doctors who specialize in helping obese geriatric cripples die less-quickly.

So, for example, if you just ate 7000 calories of crap, Lumen could tell you that you are exhaling as much CO2 as an aircraft carrier at full throttle. And that means you are burning lots of fat AND carbs… ‘cos that’s what tends to happen when you eat lots of fat and carbs. But with Lumen, you get a specific, calculated wild-guess telling you what you only generally guessed; but more complicated, and in a fancy, sex-toy-looking gizmo.

So how is it ‘hacking your metabolism’ if you are getting given wild guesses about your metabolism AFTER it has already done what it is doing? Isn’t that like the proverbial ‘shutting the gate after the horse has bolted’? Or maybe its more like hacking the CIA servers… after logging in… because you run the CIA? Well, yes it is; but… yes, it is.

In fact, in terms of hacking, human metabolism is like a 1024-character password that changes 86 million times per day. Lumen takes a guess at what an old password might have been, based on the computer’s fan speed and the World’s most popular 4-digit PIN codes. Its not exactly Stuxnet.

So what benefit can be gained by having a second-by-second measure of what macronutrient you might happen to have been burning a moment ago? Are you supposed to measure your breath every second of everyday? There are 31 million seconds in a year; so you need to be committed to the Lumen hacker life. But, even if you did devote your life to fellating your Lumen, are you supposed to ignore the objective reality of a diet and training protocol that is measurably achieving your goals, to play whack-a-mole with imaginary and irrelevant data from the worlds most boring sex toy?

Who is Lumen For?

Lumen is a personal intellectual sex toy. It is one of the plethora of products for people who are such total wankers that every couple of weeks they need a new technology to arouse their flaccid brains.

Lumen is a personal intellectual sex toy. It is one of the plethora of products for people who are such total wankers that every couple of weeks they need a new technology to arouse their flaccid brains

The common factor to all of these communities of intellectual-wanker obsessives is that they are staggeringly hopeless at their chosen activity; often worse than people who don’t care. The coffee crazies make the most undrinkable, shite coffee you could ever have the misfortune of tasting. The bodybuilding-drug crazies often do not even look like they train, let alone gas. And the people who use intellectual sex toys like Lumen are the only people on earth who look less athletic than graduating Exercise Physiologists (and that is bad).

Really, it is exactly the same as using any device to achieve an outcome. For example, if you are driving an unfamiliar car and it starts raining then you play with the stalks behind the steering wheel until the wipers start. You do not need a Masters Degree in Electrical Engineering and knowledge of the architecture of the microprocessor circuitry controlling the windscreen wipers. You do not even need to consult the car manual. You fiddle around and see what happens. In other words, you experiment and take note of the results. That is all that science is. That is all that scientists actually do.

With an activity as basic as weight training and diet, you can do the science on yourself. All it takes is measuring your food, your weight, your skin folds and your gym performances. It does NOT require knowing your blood chemistry, your DNA or, least of all, the CO2 in your breath.

Of course, given this self-evident truth, what do 99.9% of people engaged in body recomposition absolutely refuse to measure? Their body composition, diet and training, of course.

There are countless bodybuilding coaches online ranting furiously about how nobody should ever, ever measure their body composition or gym performances. “The mirror never lies”, they scream. “Trust the process”. “Achieving training progress is Powerlifting; not bodybuilding! Its BAD! Pretending is reality. Look at my biceps as proof of my brain. Look at my blue hair. Today I am an hermaphrodite but tomorrow I will be a dolphin”. No wonder failure and confusion is the norm. Nobody measures what matters. And the self-proclaimed ‘experts’ hysterically lambaste measuring what is relevant because they know measurements will irrefutably prove the ineffectiveness and inefficiency of their irrational, voodoo, meathead methods.

Products like Lumen exist, and sell, to disingenuously leech off the ignorant, popular, diet and training methods that fail the overwhelming majority of people, because they are either misappropriated medical treatments, or misappropriated laziness: cardio; high-volume, half-assed training; wiggling ropes; mummification with therabands; cutting off circulation and/or breathing while training; flexible dieting; intermittent fasting; veganism; etc etc etc. Throw Lumen in the same asylum as these, and every other form of moronic ass-clownery.

Lumen is a shamelessly cynical product; like so many in the ‘body improvement’ area. It is clearly not a product created to solve a real problem. It is a technology that someone found a market for by dreaming up a fallacious story and marketing strategy. But that story, and the associated, over-complicated, nonsense advice forces people to ignore measurable reality to go chasing fictitious irrelevances. The end result is absolutely ruinous to people’s training, diet, learning, motivation, confidence and mental state.

Body recomposition diet and training is simple. Adding complication does not make you smart; it makes you skinny, fat, poor and dumb. Measure yourself, your food and your training; don’t waste your time measuring hot air.