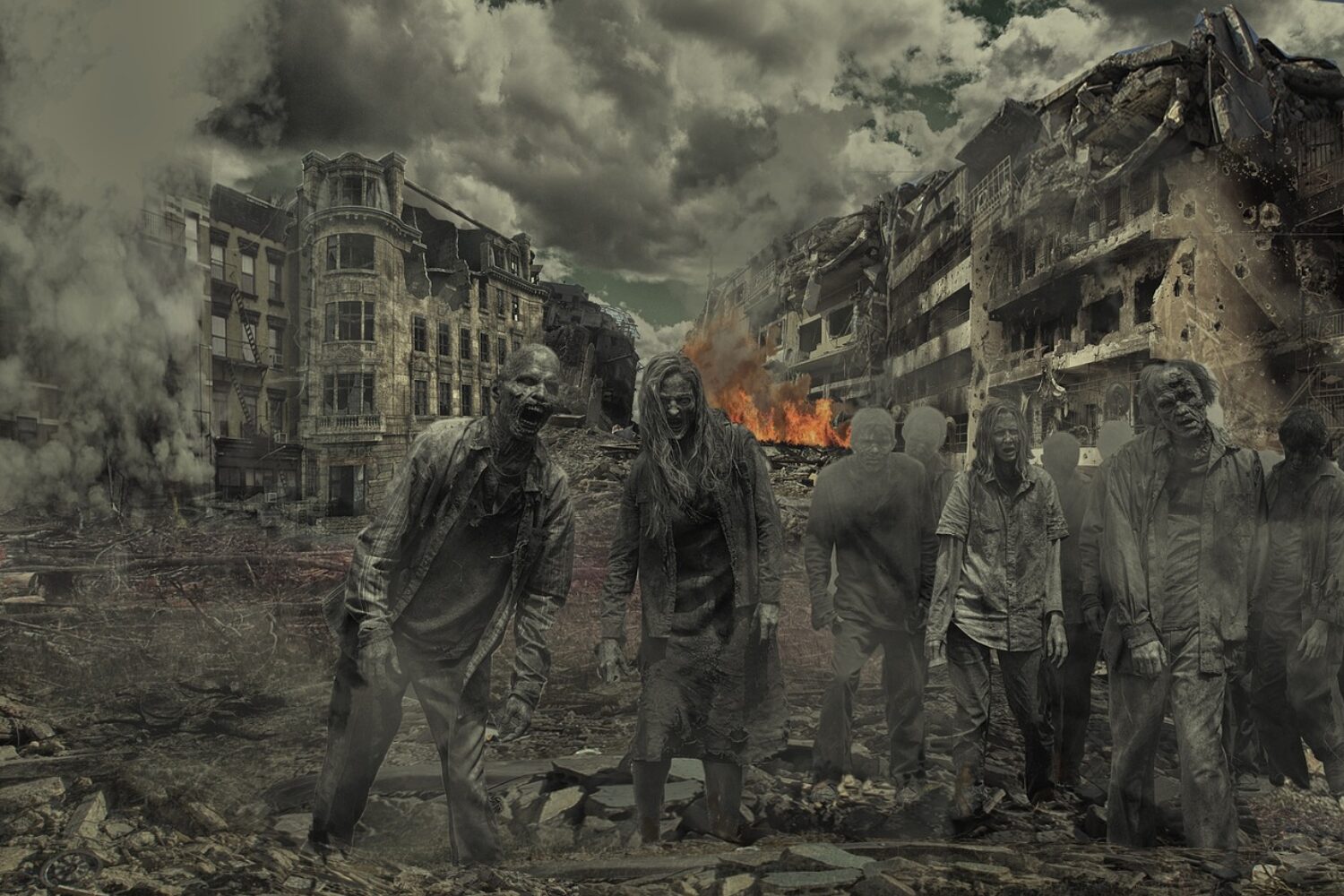 There are a number of ridiculous conspiracy theories that the Covid19 pandemic is not an extinction-level plague that is going to kill absolutely everybody in the world; or even as many people as a regular flu. These theories are obviously preposterous because the media says so; and the media always tells the truth. The facts speak for themselves. And the fact is that most of your friends are already dead and you have already probably died of Covid19 at least a few times because it is sooooo deadly (assuming that you and your friends, like most of my readers, live in New York or Northern Italy, are over 70 years of age, with seriously compromised lungs and are about to die of at least 1 deadly disease).

Many of the conspiracy theories are based on the true, but weak argument that millions are, in fact, not dying, or even getting sick; and most of the people who are dying were already dying.

The fact is, ‘experts’ say that the pandemic could get worse, it might get worse and we do not know if it will not get worse. This is irrefutable proof that it is MUCH worse than reality proves that it is; and you should panic. Panic big! The media is helpfully reminding us, daily, that reality should never be considered; especially not when it contradicts the proclamations of ‘experts’. It is true that those “experts” have never made a correct forecast, ever, and the original doomsday “expert” forecaster, Neil Ferguson – the guy who said “2.2million Americans will die” and possibly the most astoundingly wrong forecaster in human history – reduced his forecasts by over 95%, and then to barely over 1% of his original guess. But the media says they are “experts” and that they are recommending that we all should panic and expect to die. So, what else can we do? Think for ourselves and consider the blatantly obvious? Obviously not!

One conspiracy theory says the virus is being blamed for the global financial system collapsing, in an attempt to hide the fact that it had been collapsing anyway, and the only thing holding it up was fraud and central bank money printing.

It is true that, even before the business shut downs began, the central banks started handing unprecedented quantities of money to the banks, over and above the money they had already been printing to buy stocks and corporate bonds to goose the stock markets for the past 10 years. It is also true that those insane quantities of money grew exponentially within just days. It is also true that other deeply questionable and suspicious policies were instituted that make absolutely no sense in the context (and timing) of the economic damage from the virus; such as US banks needing ZERO reserves, mates of the US Fed having access to 0% loans that do not need to be paid back if their gambling bets lose, and the US Fed buying corporate bonds and even ETFs. But we are all too stupid to understand math and history, so best we just trust the ‘experts’. Expert economists and bankers always know the best thing for society, as proven in 2008.

Believe strongly that Covid19 is more deadly than anything we have ever seen, even though it is killing fewer people than things like the regular flu, diarrhoea, child birth, drownings, smoking, alcohol, starvation and 1000 other things nobody ever gives a thought to

But the ridiculous conspiracy theory continues that this engineered crisis is somehow going to be used for an attempted global coup to completely transform our world. This is based on the UN policy document titled: “Transforming our World: The 2030 Agenda for Sustainable Development“, that most of our governments signed on to. Talk about a crazy conspiracy with zero evidence. A policy manifesto that governments have signed onto is clearly not describing policies that our governments have signed onto. Saying otherwise is a crazy conspiracy theory. The UN manifesto to transform the world cannot be a conspiracy because the document is publicly available on the UN website. Anybody can read it. Nobody will; but they could. So you should ignore it because, well, nobody reads that stuff. We are all too stupid to understand. So best we let experts give us the redacted and whitewashed version, with pictures of rainbows and bunny rabbits.

The fact is, in a few months – 6 or so, apparently (or until people start to get really angry and realise they have been lied to constantly and imprisoned for a sham) – everybody will just go back to work like nothing happened. It will be like the day after a long weekend. The meltdown in the banks will just magically disappear. All the newly unemployed people with zero savings or credit left, will go on a big shopping spree. All the small businesses that had previously been struggling to stay afloat will immediately resume selling to all their old customers (and a convenient wave of rich leprechauns who will appear out of nowhere) and gleefully start paying back all their new debt, with the money they do not have. The Government debts that just multiplied to impossible, unserviceable levels, will just magically get paid down, without any tax increases at all and despite government tax revenue being almost eliminated and government outgoings increasing dramatically. And the property bubble will go back to inflating from its irrational and unsustainable peak – particularly commercial property – based on all the confident people with all their positive income prospects wanting to get maximal mortgages for their ultra-secure futures. It’ll be awesome. Do not think in terms of mathematics and logic. Modern Monetary Theory, voodoo, pixie dust and magical unicorns have got this covered.

Remember, just stay scared and panic. Stay absolutely focused on irrelevant technicalities about this flu; like how it is really not, technically, influenza A, and blah blah enzymes blah protein rna synthesising blah blah complicated biochemical stuff you do not understand and makes no difference. Believe strongly that Covid19 is more deadly than anything we have ever seen, even though it is killing fewer people than things like the regular flu, diarrhoea, child birth, drownings, smoking, alcohol, starvation and 1000 other things nobody ever gives a thought to, and our hospital systems never seemed to have difficulty managing. The total eradication of civil liberties, normal human interactions, constitutional rights – basically everything our forefathers fought and died for – is totally proportionate and logical to this ‘crisis’. Remember its a crisis. It is a pandemic, which means it is bad (just do not look up the word ‘pandemic’ in the dictionary! If you do, you risk reducing your panicking when you discover that a ‘pandemic’ does not need to be serious or deadly at all; it just means lots of people get it). Keep listening to the news for facts you know are not true, and to keep your focus off the controlled demolition of the global economy, and your future. Everything will be just fine if you trust your Government and the banks. They care.

Whatever you do, do NOT listen to braindead, tin-foil hat conspiracy theory nutters who say Covid19 is not killing everyone in the world just because it is not. Ignore anyone who correctly points out that the response is going to lead to exponentially more deaths and destruction of civil liberty, societal stability, suicide rates, crime rates and more. Be careful of the 1 or 2 nutter-nobodies who never had anything of value to say such as:

these 12 top Professors and Doctors

and a wide range of people who know a con when they see one, and know when the system is playing them; such as Robert Kiyosaki, Gerard Celente, Jordan Belfort, James Corbett and many more…