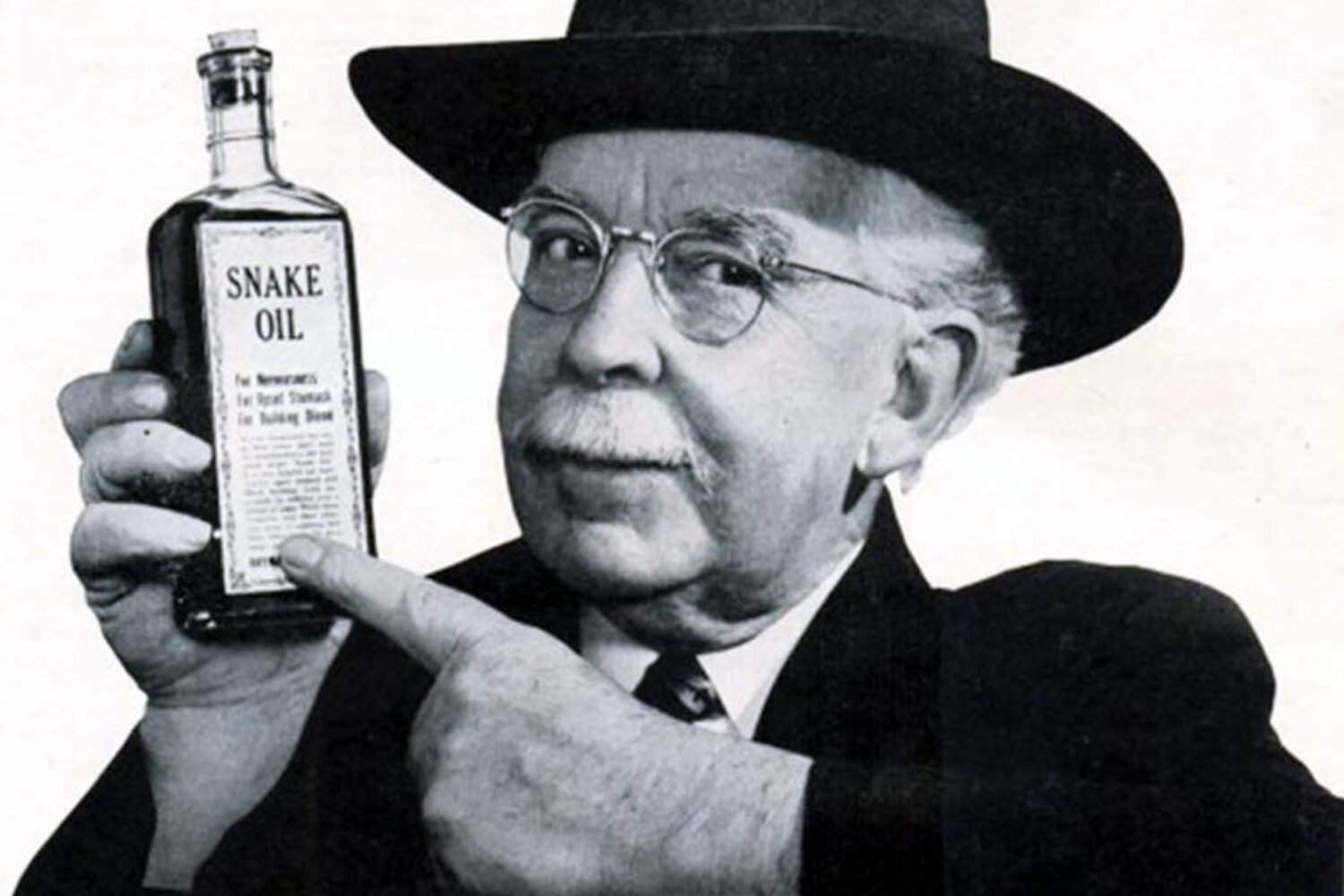 Hormone therapy – particularly testosterone and growth hormone therapy – is hailed by anti-aging medicine doctors as the fountain of youth and the solution to looking, feeling and functioning like an 18-year-old, forever. This is the reason and promise of hormone therapy (HRT) that many people believe, despite it being obviously ridiculous, wishful thinking.

the truth about hormone therapy

Whether you take hormones or narcotics, dramatic boosts in how you feel and/or perform are only ever short-term. Over time, normalcy is reestablished. That is, you feel and function largely the same as before, but now you are dependent on the drug for that normalcy.

Hormone deficiencies are very rarely the root cause of problems; they are usually just another symptom of a larger problem. Like so many medical treatments, taking hormones to treat a symptom may deliver immediate, short-term relief. However, a few months later, all of the other symptoms can return; with the added problem of a prescription drug dependence being added to the list.

Proof of the fall-off in hormone therapy benefit can be found in steroid (hormone) abusing athletes. They constantly debate which way(s) to vary doses and drugs in order to maintain progress. The only widespread agreement is that maintaining a fixed dose of any drug will result in stagnation within a very few weeks or months. Yet the ineffective, long-term, fixed-dose model is exactly the medical (anti-aging) hormone therapy protocol.

So, as a general rule, long-term hormone therapy in people with ‘normal’ hormone levels is extraordinarily overrated in it’s benefit. It simply establishes the drug use as necessary for the same normalcy. Short term hormone therapy is nothing more than low-dose doping (which can be useful and effective in some cases). In both cases, for most people, it is a solution to nothing, creates an all new problem worse than it hoped to fix, and is mostly a waste of time.

We are told that, as we age, we become hapless victims of a nasty, physiological conspiracy of the body to purposelessly rob itself of it’s own energy, happiness, strength, body composition and sexuality. Apparently, with age, our hormones go into free-fall decline, dragging our mind and body with them. Apparently, the hormones are the cause of all of our problems.

Back in the real-world, the highest natural testosterone level we’ve seen at Recomp Medical was in a 65 year old, morbidly obese man, on the brink of death. The second highest was in a 55yo insomniac with all of the symptoms of low testosterone. The highest natural IGF-1 level (indicating HGH function) was in a 53 year old man who lived in chronic pain. We have also treated men with chronically-low levels of natural testosterone who were still regularly sexually active, and many men with high-normal levels suffering low-libido and ED. Basically, the only absolutely consistent relationship we have seen between hormones, age and issues is that there is no consistency whatsoever!

The fact is, as we age, our bodies decline with the accumulated wear and tear of life; not from an arbitrary decision of the body to biologically break itself.

From our contaminated food and water, to excessive physical exercise/sport, to the psychological abuses of lawyers/government/spouses/children/business/customers etc etc, our chronic self-abuse can be reflected in our major hormones. But that does not mean that the negative effects of long-term abuse is caused by hormones.

For example, it is true that low testosterone correlates with lethargy, low-libido, fat gain, poor exercise recovery and depression. However, testosterone levels themselves can be lowered by severe lack of sleep and/or severe psychological stress and/or severe over-training and/or malnutrition. And each of these stressors can independently cause all of the symptoms of low testosterone, irrespective of the testosterone level. So when a stressed out, burned out, over-trained and malnourished patient tests with low testosterone, you shouldn’t need a PhD in biochemistry to realise that the testosterone is probably not the root cause of their problems or symptoms. The obvious solution is to reduce the stress, over work, overtraining and malnourishment.

The reality is, as people age they generally collect stress, sleep deprivation, injuries and malnourishment, all through their own sub-optimal lifestyle and choices. It is absolutely absurd to blame aches, pains, fatigue, failure and unhappiness on a vindictive biological clock that arbitrarily decided to cripple your hormones to destroy your mojo for no reason? The problem is your life, your diet and/or your training.

The failure to improve any sporting performance or body composition is self-evidently due to a failed training and/or nutrition program. The idea that drugs are needed to make failing training work is only evidence of how ineffective and inappropriate the training is.

Different training and diet is the reason that cyclist, Lance Armstrong, used the same drugs as pro bodybuilders but did not look like a pro bodybuilder; and why pro-bodybuilders are not competitive in the Tour De France cycle race. Drugs (hormones) do not create athletes; training does.

We have given structured training programs and diets to clients with chronically low natural testosterone, and clients who have discontinued courses of steroids, and in both cases measured them to make significant, rapid gains in muscle and strength, while concurrently reducing bodyfat. So it is an absolute fallacy that hormones are the crucial variable determining body composition and training progress. Training and diet are the crucial variables.

Whether your hormone levels are naturally high or low, they are your normal. If you increase your hormone (particularly testosterone) levels (with drugs), you may get a temporary imbalance in your physiology that allows you to improve your body and/or performance. Then the new level becomes ‘normal’, and drug-induced progress stops. Then, what determines further progress is still training and diet.

Raising hormone levels to improve body composition is not hormone therapy; it is doping. But doping to make a failing training program work is an exercise in futility; as proven by the majority of trainers who wrongly believe gains made with drugs cannot be maintained. They can be maintained when used to complement effective training and diet.

It is true that the best performing and/or best bodied athletes and actors in the world are doping with hormones. But for every champion athlete doping, there are at least 1000 failed ‘gym rats’ doping just as much, but with absolutely nothing to show for it. Do not overestimate just how many people with unimpressive, mediocre physiques are abusing hormones. It is an epidemic. Hormones do not determine your body composition. Diet and training do.

Medical doctors warn hysterically against HRT; but not for the reasons outlined above. Their reasons are even more absurd than the people pushing HRT as the solution to every problem. Anti-HRT doctors often irrationally claim that normal hormone levels (achieved through hormone therapy) could cause cancer and heart disease. There is no credible data, nor even any logical basis giving rise to these claims. Though, given that the majority of Australians will die of these conditions anyway, doctors have an endless supply of case studies upon which to make outlandish claims about anything. They choose the most convenient statistical analysis tools to use with the most convenient statistical data to ‘prove’ their point, no matter what their point is.

It is true that degrading mental function and body composition, with age, looks like a disease, acts like a disease and progresses like a disease. However, most of the medical community do not think it should be treated like a disease. Their attitude is that declining form and function is ‘normal’ – ‘normal’ being their ‘gold standard’ benchmark of all that is ‘proper’ – and so you just have to suffer it.

Anti-aging doctors do think our age-related declines should be treated like a disease. However, they recommend the only course of action that Western medical professionals know: drugs. They choose the most convenient analysis of the most convenient statistics to support their argument that declining function follows declining hormones. Then they quote studies on the benefits of treatment on true hormone dysfunction and, voila, hormone therapy is the obvious choice.

The obsession with drugs for anti-aging has lead to the widespread sale of sham products such as SARMs and research peptides. These are products so completely lacking in therapeutic benefit or effect that even the most unethical pharmaceutical companies cannot be bothered commercialising them. However, the ‘research chemical’ designation allows shysters to sell these ‘snake-oils’ while somehow dodging Australia’s strict regulators of therapeutic goods.

so what does recomp medical do?

At Recomp Medical we look at the total picture: your hormone levels in blood tests, your diet, your training, your lifestyle, your goals and your issues. We then discuss where the issues are, and what needs to be changed.

We take a radically different view of blood test results to normal GP’s; and we explain in detail what the numbers really mean, what causes them to go up or down, why your doctor says what they say, what matters and what doesn’t. In some cases people go back to their doctor and come off medications (such as statins or SSRI’s) realising significant improvements in their wellbeing and body composition.

Often times there are obvious lifestyle issues that can or cannot be addressed; but understanding the physiological effect is enough to instigate changes.

And in some cases, our doctors prescribe medications (prescriptions are sent to a pharmacy) to bring your hormones to the optimal level within the ‘normal’ range. However, our reference is the optimal range at 30years of age. So treatment is specifically for people 35+.

Mostly we explain what GP’s or anti-aging doctors fail to explain, to help you become the best you can be, beyond the mediocrity of clinical ‘health’, without becoming dependent on drugs.