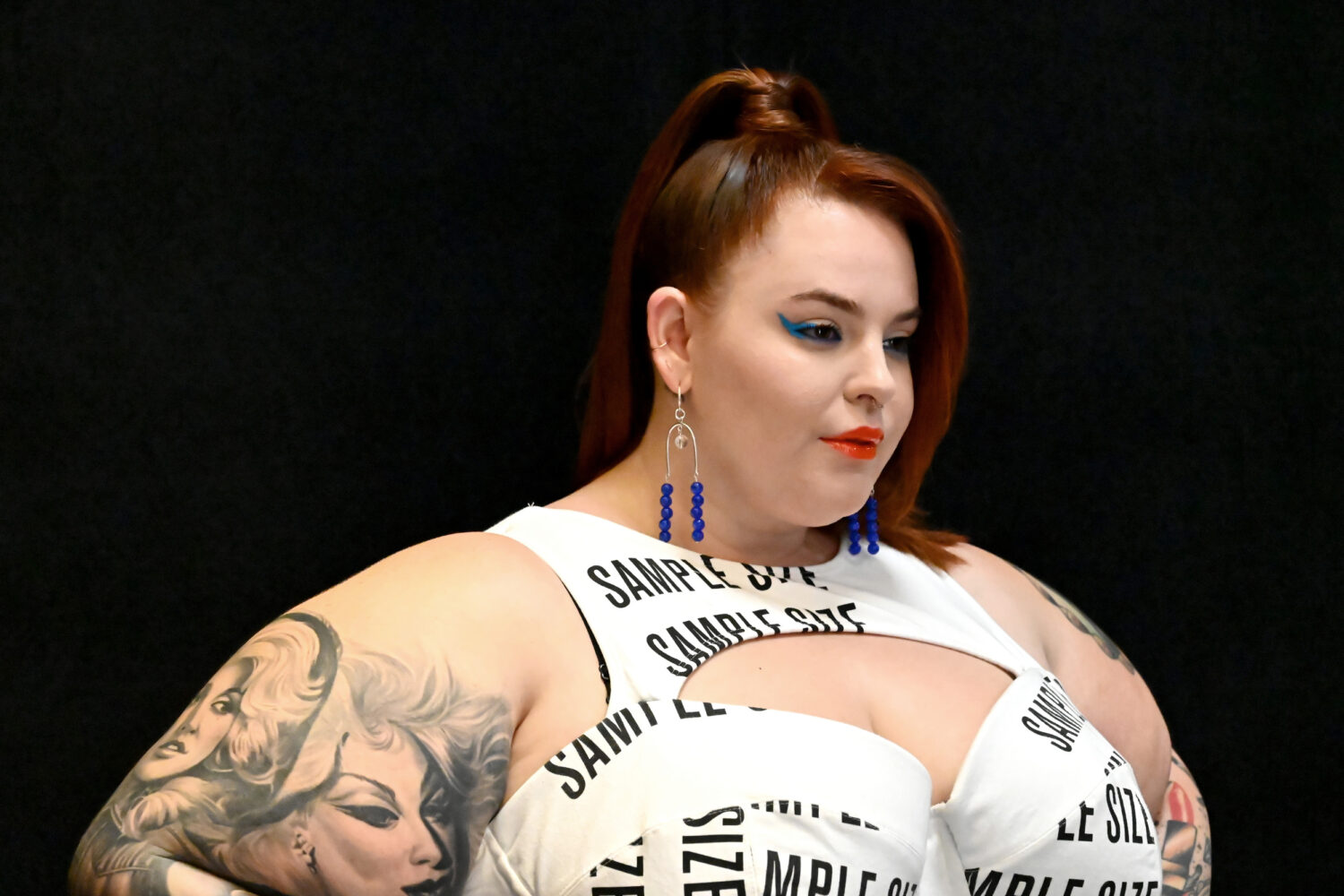 Now, yes, this sort of garbage is to be expected of a trashy publication appealing to low IQ’s with banal, cliched, factually-incorrect drivel. But this particular piece has erupted outside of Cosmo’s typical readership, into an avalanche of baseless opinions debating whether Tess really is ‘fit’ or ‘healthy’.

With over 300,000 words in the English language, you would think there are sufficient options for communicating precisely what you mean, thereby avoiding these sorts of asinine, unwinnable arguments about whether a person with a BMI of 50 is ‘fit’. Seems not?

Instead, it seems that most of society has decided that the words ‘health’ and ‘fit’ do NOT mean what the dictionary defines them to mean. To most people, ‘health and fitness’ apparently now means everything from a quick wit to walking on a treadmill to running ultramarathons to climbing mountains to professional bodybuilding. Even Arnold Schwarzenegger tells everyone that bodybuilding is fitness. So it must be true. Right? It must be the dictionary and the monolithic volumes of documentation defining every measure of health and fitness that are wrong?

But who cares? How much harm can misuse of a word do? Well, given the epidemic levels of sports-drug abuse, malnutrition, chronic injury, illness, misery and even death resulting from the misunderstanding of the purpose of ‘fitness exercise’ and ‘healthy eating’, I think a decent argument could be made for suggesting a metric shit tonne of harm can be done!

Am I being melodramatic? Not even slightly. None of this should even be surprising.

So many people wrongly think that health and fitness means elite athleticism and boundless energy; which they absolutely do NOT. So then, logically, people figure that everything that is good for ‘fitness’ – like Yoga, Pilates, ‘cardio’, superfoods and pulling rehabilitation bands – is equally excellent for turning you into a professional bodybuilder or ultramarathon runner or bikini model or Zac Efron or Zena, warrior princess.

Amazingly, health and fitness DO have dictionary definitions. They even have volumes of legal and medical texts written defining their precise, objective measurements. If ever something should be clear as to what it is, it is health and fitness. But in 2021, why would anyone let truth or logic ruin a completely insane story with more holes than swiss cheese, and more contradictions than the Catholic Church?

The real issue is that everything in 2021 is about virtue signalling and bullshit to get the brain-dead masses to buy obviously useless shit from demonstrably dishonest charlatans. And nothing sells better than obviously empty promises to make people beautiful, virtuous and admired with absolutely no effort at all. Nobody has any interest in admitting the miserable level of decrepit, physical mediocrity that health and fitness actually is. People feel that acknowledging that truth is as cruel as teasing a retarded child. But now they have repeated the virtuous, moronic, white lie that “walking for 30 minutes each day is all you need [to look like a supermodel elite athlete]” that professional people actually believe it. And now the woke-insanity has reached epidemic, peak-retard levels, such that people are arguing whether a clinically obese person is really ‘fit’?


"if the words ‘health’ and ‘fitness’ mean absolutely everything, they therefore mean absolutely nothing because they can no longer effectively communicate a specific, objective reality"

The reality is simple and irrefutable. One of the big, bold, headline measures of health and fitness is a BMI below 25. This is a primary health objective for the Worlds population, as documented by the WHO. Tess Holiday, at 5’5″ and 300lb (165cm @ ~136kg) has a BMI of 50; DOUBLE the documented level of ‘fit and healthy’. So is she clinically fit and healthy, according to one of the simplest, most widely published, fundamental measures? No.

Like Tess, no competitive pro bodybuilders have BMI’s under 25 either. Nor do thousands of elite athletes across numerous sports. They are all, therefore, not fit and healthy either.

Tess is no athlete. But in the eyes of health professionals, 300lb Tess, and 300lb pro bodybuilder, Branch Warren, are equal in their lack of health and fitness. If you see a problem with this, I salute you for your ability to see reality. But I would like to suggest you consider the actual problem being something else. The actual problem is the meaning and assumptions you are assigning to the words ‘health and fitness’. If you recognise these words just do not describe what you or I are trying to communicate, then the solution is simple: use different words that more accurately communicate your intended meaning.

Here are 2 examples of accurate words to describe Tess Holiday’s body composition: ‘fat’ and ‘obese’. There is no need to be offended. Even Tess acknowledges it. Her bodyfat is very visibly above 30%; which is a more appropriate clinical threshold of obesity. It is likely that she would measure around 50%, depending on the testing methodology. If you are offended at me stating the objective, factual, measurable truth, the problem is with you; not Tess, nor me.

By the same token, your frail grandmother, who gets tired just by walking a bit too long, can be clinically defined as being the picture of perfect health and fitness. As long as she is active for 30 minutes 3x per week, her BMI is below 25 and her blood work is clear, she is more awesomely fit and healthy than Ronnie Coleman when he was squatting 800lb at 4% bodyfat with a BMI over 40.

These sorts of facts get many people very upset. They will argue aggressively that Ronnie Coleman at his best is vastly superior in fitness to a frail grandmother. Imagine the frustration then, when it can be objectively proven that virtually every elite strength athlete on the planet is not clinically “fit and healthy” by virtue of them being an elite strength athlete, but grandma is. The question is: why get upset? Has it never occurred to people that, maybe, in 2021, the measures that define ‘health and fitness’ are just not aspirational? I mean, health and fitness measures are openly admitted to be based on the ‘average’ person. So why would anybody aspiring to be exceptional be perturbed that they are not ‘average’?

Losing massive quantities of muscle and strength, and gaining fat would make me clinically and objectively fitter and healthier. To be measurably fit, I would personally need to lose around 20kg of muscle. Would that make me live longer? No. Would it make me less susceptible to viruses or cancer? No. Would I be happier? No. Would I be better off in any way that is meaningful to me? No.

The misunderstanding of what health and fitness are is the cause of all the debates and confusion about training. It is at the root of the horrendous eating disorders, total failure of the epidemic levels of drug abuse in amateur and recreational bodybuilding. And the ongoing march toward the words ‘health’ and ‘fitness’ meaning absolutely everything – and thereby meaning absolutely nothing, because they can no longer effectively communicate a specific, objective reality – has, in my opinion, finally reached the zenith of ridiculousness with this debate over Tess Holiday being fit, or not.

If there can even be a debate about whether Tess is ‘fit’, then who even cares what ‘fitness’ means or is? Stop using the word! It is another ‘woke’ word, lost to virtue-signalling Marxist crazies, political vultures and bureaucratic robots. At best it is meaningless. At worst it is low-expectation shitness. In the same way that rational people need to abandon the words ‘gender’ and ‘vaccine’ (because they have been redefined to be useless for communication), we need to abandon the word ‘fitness’ so we can start talking about what we really mean. Case and point: people cannot even decide if Tess Holiday is ‘fit’.