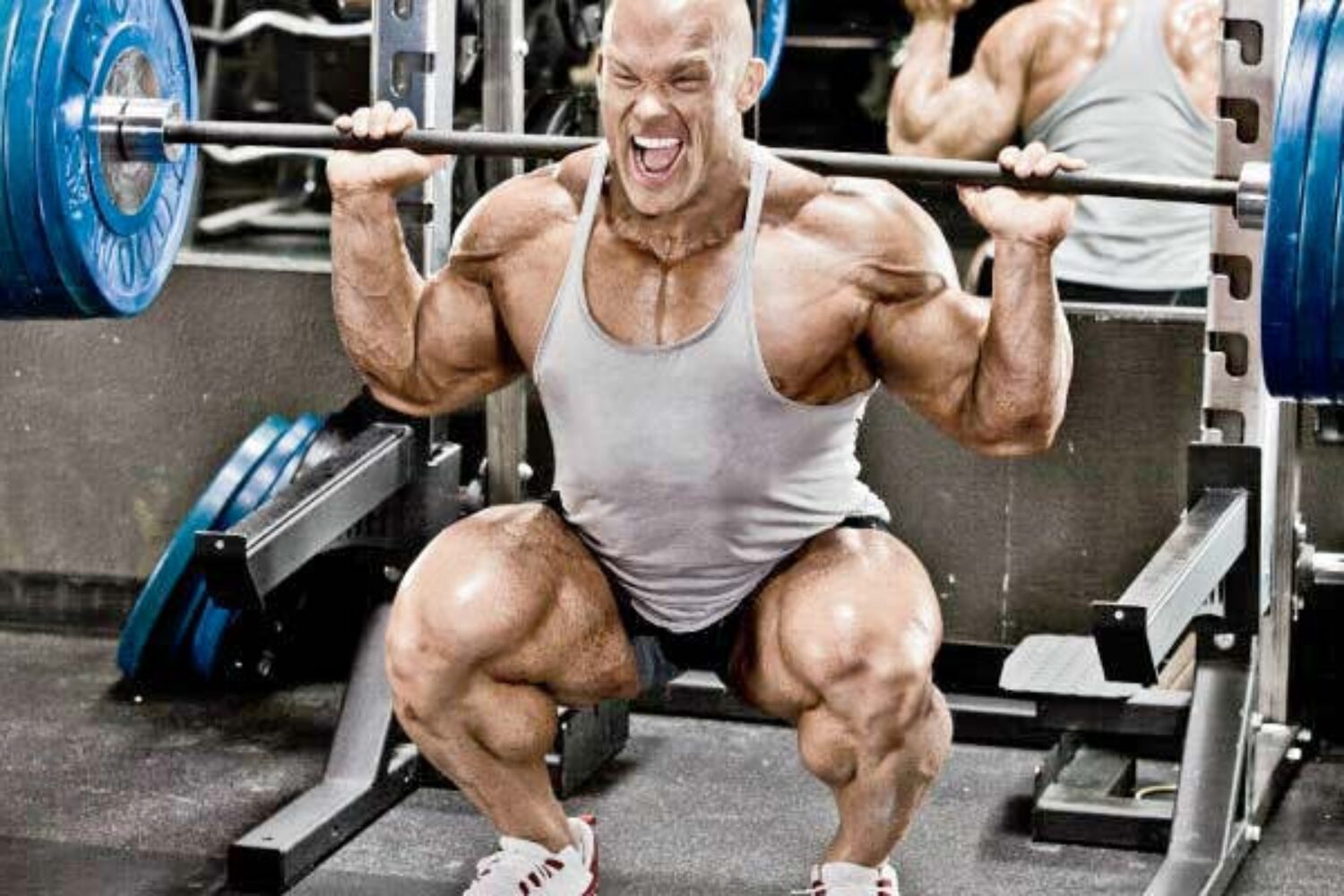 Ben Pakulski has a slightly different training philosophy to me. His is the contemporary approach that, I believe, is the cause of the widespread failure, illness and horrendous drug abuse prevalent in physique development and competition these days.

Make the exercise as “inefficient” as possible. The goal isn’t just to move the weight from A to B. Squeeze and contract against load. ‪#‎EducateAndDominate‬ – Ben Pakulski

Ignoring the fact that Ben Pakulski is well known for having built up to lifting extraordinarily heavy weights on his way to becoming a pro bodybuilder, lets examine the implications of his argument:

Ben Pakulski recommends that you train to be as weak, slow and inefficient as possible and focus on your every movement like you have motor neurone disease. Does he really believe that slowness, weakness and neuromuscular degeneration are the performance attributes that will result from increased muscle mass? Did his scientist friends, like the Muscle Prof, do research showing that the development of greater muscle mass results in reduced muscle function? And if training to be worse at your chosen activity is the new way of getting better, why does no other athlete in any other sport do the same?

You are basically training yourself to be semi-retarded/disabled. If you are still able to lift heavy, fast and efficiently then your Ben Pakulski training has failed.

Ben says you should lift as light as possible, as inefficiently as possible, lifting the weight slowly and fighting against yourself with your antagonistic muscles (i.e. when doing a bicep curl you contract your triceps to add additional fake resistance to the bicep… instead of the resistance that a heavier weight in your hand would normally provide). Apparently you must avoid heavy weights and genuine effort at all costs. Apparently heavy weights cause you to use every muscle except the one you want to work. This is another radical, new-age theory. I’m still trying to figure out how anybody can stand up from the bottom of a heavy squat without their quads and glutes contracting?

Obviously the successful result of training Ben’s way – training to make light weights seem heavy, to practice lifting them in the most inefficient way possible, to move slower than you can move, and to focus on contracting your muscles to fight against one another – is that you will become absolutely incapable of lifting the heavy weights your muscles should be capable of lifting. You are basically training yourself to be semi-retarded/disabled. If you are still able to lift heavy, fast and efficiently then your Ben Pakulski training has failed.

Call me crazy but I believe that 20kg more muscle would make you stronger; much stronger. Physics agree’s with me. And physics, I believe, trumps correlative studies, even among the academics Ben Pakulski likes to quote. And that is why I believe you should train for strength: because that’s what training is supposed to achieve.

There is absolutely no talent to sucking at weight training. You certainly don’t need to train for it as Ben recommends!

From experience, I’ve found that the heavier weights I could lift with 20kg more muscle were really very hard to lift. In fact, they were disproportionately harder. So even lifting to 100% of my ability, with maximum efficiency and 100% focus on simply moving the weight from A to B, it still became more difficult to lift my maximum weight as I got stronger and those weights got heavier. It took more focus, more effort, caused higher blood pressure and strain, took longer to recover and was overall massively more stressful, even though I was stronger and lifting the same 100% of my 100%.

To warm up and get mentally aroused for the 155kg lift took about 10minutes, about 20mins for the 240 and up to an hour by the time I was lifting 340kg. The 155 I could probably do 3 sets and come back 4 days later to repeat. At 240kg I had one set, then a drop in performance for a second set and I couldn’t come back for a week. At 340kg it was one set, once every 10 days max. Any more and I went backwards.

This all begs the question: how can you expect to achieve our hypothetical 20kg of muscle and the commensurate strength gain by deliberately training as INEFFICIENTLY as possible? If every significant gain of muscle enables the strength to lift exponentially more strenuous weights, how on earth can it be beneficial to train to make lighter weights feel even worse? That would, be definition, be the most inefficient way of achieving a significantly more muscular physique; if not make the goal completely impossible.

You wouldnt take illogical investment advice from a poor person who got rich by winning the lottery. You should treat training advice the same way!

Looking for parallels in other sports we find that no athlete in any sport ever knowingly trains to be worse at their chosen activity, the way Ben recommends for weight training. That’s because most athletes and coaches know that being even moderately good at your chosen sport is already hard enough! And being bad at sport – particularly being slow and weak – is something we are all exceedingly good at without any training whatsoever. You can already lift as light, slow and inefficiently as you want. There is absolutely no talent to sucking at weight training. You certainly don’t need to train for it as Ben recommends! You could lift light, slow and inefficiently the day you were born! You don’t need to train to lift lighter, slower and more inefficiently!

Also, no non-disabled athlete in any sport has to concentrate on contracting their muscles. In fact, most disabled athletes don’t concentrate on contracting their muscles. Most humans just think about doing something, the muscles contract and the movement occurs! The people who have to think intensely about their muscular contractions are generally disabled and their greatest concern’s do not include their v-taper, bicep peak and quad sweep!